Update: Have a look at Carl’s article as well: Print Driver for Non-Windows Clients

When non-Windows Receivers connect to a Windows 2012 Server with Universal Print Driver (UPD) options configured for client printers, the Post-script (PS) and PCL drivers might not be available, therefore the printers will not get auto-created. As a workaround, to use the Citrix UPD for non-window Receivers, like Mac and Linux, install appropriate drivers on the server manually:

With my Windows Server 2012 R2 I ran into some issues. While trying to add the aforementioned Printer Drivers manually I realized that something was wrong: 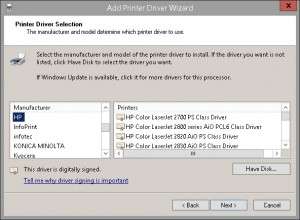 As you can see from the screenshot the button Windows Update is unavailable. This left me with investigating why that is the case. After a little bit of research I ended up with two possible solutions:

Furthermore I found this in the comments here:

HKLM\Software\Policies\Microsoft\Windows\DriverSearching – REG_DWORD – searchorderConfig = 0
This removes that Windows Update button from the Add Printer Wizard. You can either set this key to “2”, or just delete the key to restore the Windows Update button.
This is the “Disable automatic updates of drivers from Windows Updates” feature above.

Whereas adding just the required drivers left me with no Windows Update button to click, I found this article pointing me in the right direction:

Upon reading CTX140208 once more it became obvious and clear that I didn’t read the article with the required attention to detail, as it clearly states:

As Alexander Gassner pointed out here I could have checked my Device Installation Settings as well, as they tend to prohibit the Windows Update functionality too: 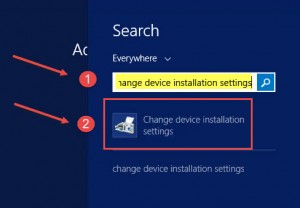 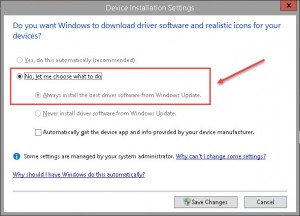 I launched Print Management console, drilled down to the Printers node, right-clicked it and chose Add Printer: 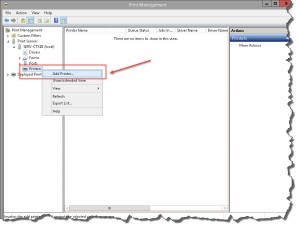 Then selected Add a new printer using an existing port with LPT1: 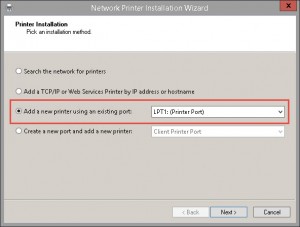 Then selected Install a new driver: 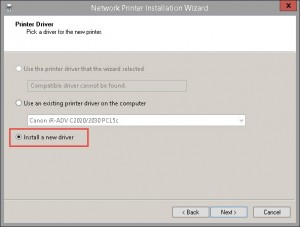 The Windows Update button was finally there, I hit it, and waited for the updated drivers to get downloaded: 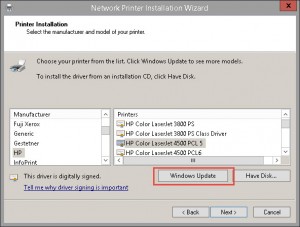 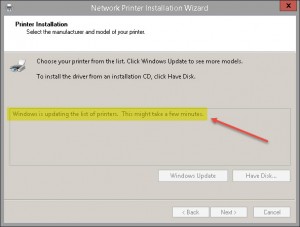 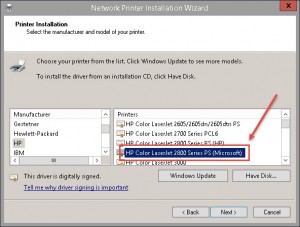 As Citrix pointed out in CTX139020, “if there are two versions of this driver displayed, choose the Microsoft version“. 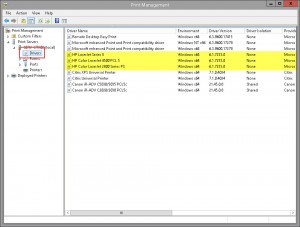 © Alexander Ollischer and blog.ollischer.com, 2017. Unauthorized use and/or duplication of this material without express and written permission from this site’s author and/or owner is strictly prohibited. Excerpts and links may be used, provided that full and clear credit is given to Alexander Ollischer and https://blog.ollischer.com with appropriate and specific direction to the original content.